IntraTeam Report: Summary of the Results

18% said that they have 100% support from top management for their DWP (referred to as “advocated”).

8% said that they do not have support at all from senior management (referred to as “unsupported”).

There is no analysis of the report’s results in this post, so please see The Importance of Senior Management Support – IntraTeam Report Analysis for commentary and practical tips. I have gathered the results from the report into different themes below, so that you can formulate your own conclusions from the data too. 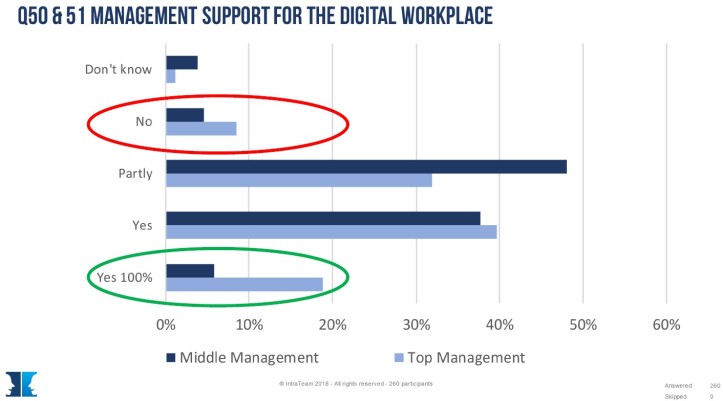 Advocated businesses have a larger number of departments taking ownership of the DWP at 2.2, versus 1.6 in unsupported companies.

Interestingly for both the advocated and unsupported businesses nearly all have the DWP as the default homepage on a work browser: 88% and 80% respectively. 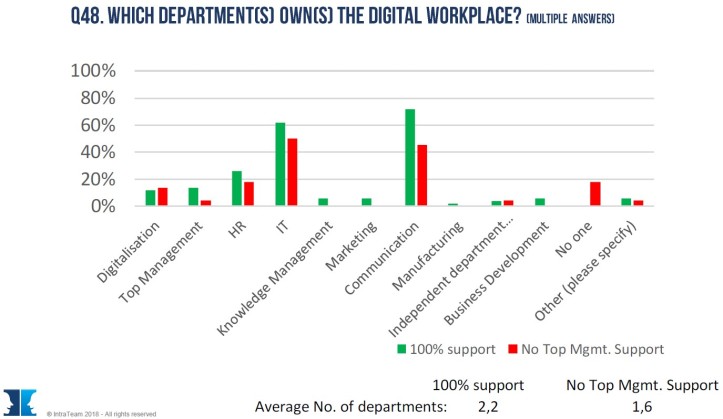 Advocated companies primarily use Office365 or other versions of SharePoint for their DWP, whereas unsupported companies are spread more across a variety of products. 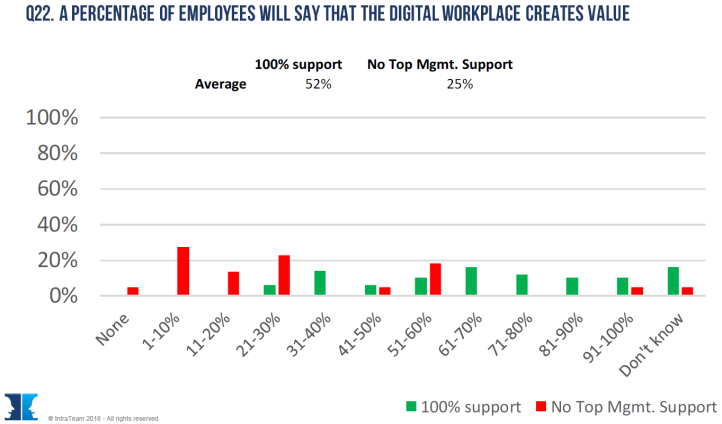 In advocated companies 58% of management use the DWP as a collaboration tool and 38% of management have their own site on the DWP that’s closed to others. 75% said that management believe that the DWP has a high or very high perceived value. 80% of management therefore communicate primarily through the DWP (and 80% is done over video).

In unsupported businesses only 25% of management use the DWP as a collaboration tool and 25% of management have their own site on the DWP. Less than 10% said that there is a high or very high perception of value from management, and unfortunately 55% said that there was low or no perceived value. Management therefore doesn’t primarily communicate through the DWP, when they do it’s through video (25%) or blogs/open communications (20%). 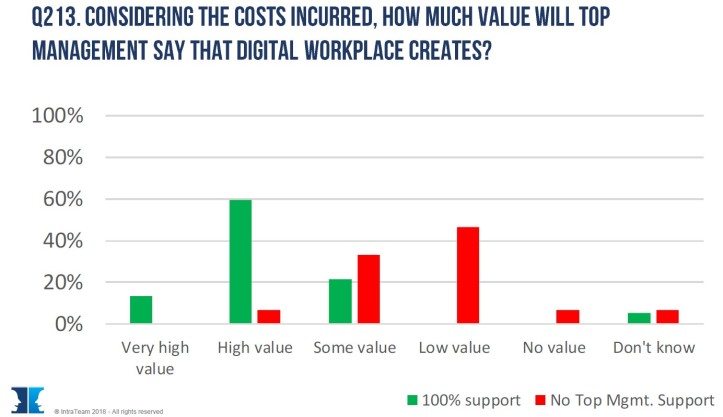 65% of advocated businesses give management the analytics they produce. 60% analyse an overview of DWP usage either monthly or once a quarter, with only 8% working out the analysis annually. Linked to this, 62% have KPIs defined for the DWP.

80% of unsupported do not give analytics to senior management, and a further 10% do but find that it isn’t helpful. Only 12% review the usage analytics, and this is done annually, 75% don’t do it at all. 20% have KPIs defined for the DWP to a small degree, but 80% have none. 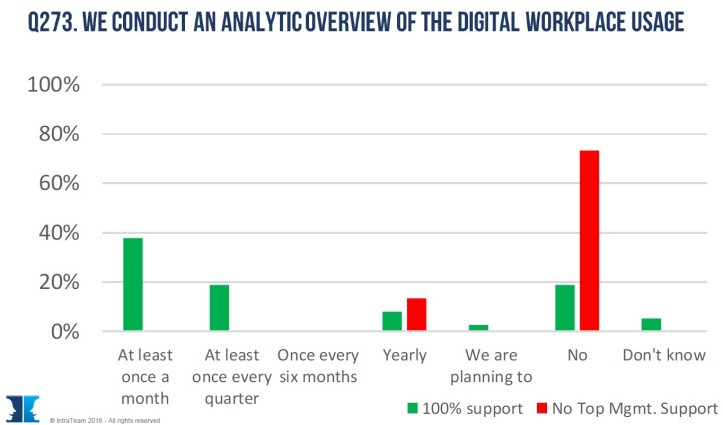 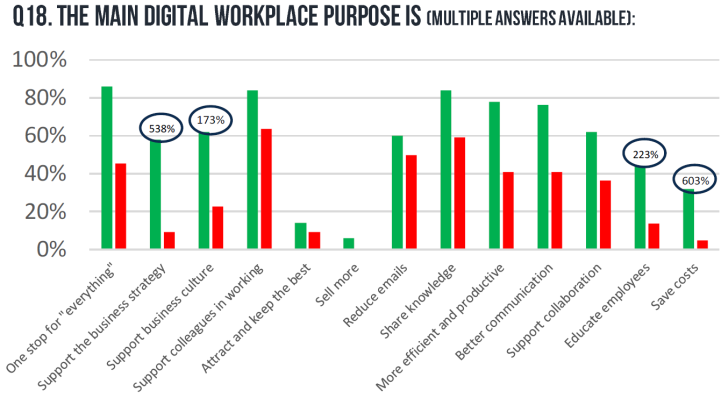 The DWP is the primary source for news and information in 80% of advocated businesses. Enterprise Social Networks (ESN), for example Yammer, are viewed to provide value in 88%, and 70% say that anyone can comment on the news. 41% agree that they have a collaborative culture; although 41% have sat on the fence and haven’t agreed or disagreed. 72% have said that collaboration is part of the DWP with some people using it.

Only 10% of unsupported companies see the DWP as the primary source for news and information. ESNs are viewed to provide value in 65%, and only 30% say that anyone can comment on the news. No unsupported businesses have said that they have a collaborative culture, with the best result coming from just over 20% who have sat on the fence. However, 45% have said that collaboration is part of the DWP with some colleagues using it. 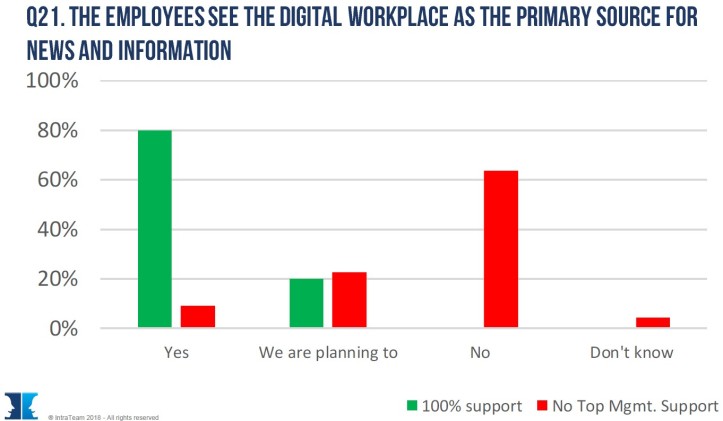 NB – all charts have been taken from the Report with kind permission from IntraTeam.